Tommi Gustafsson said:
@sflicht Hi! It's great that you report bugs, but please remember to make a new topic for them. If you want to notify some users of your post, please use @Tommi Gustafsson or @Janne Gustafsson in your post text.

Sure, I just updated the wiki. So Kick is back at Ctrl-d and Dig was moved to Alt-g (diG), being not super-relevant command. Help files in the binaries were already updated.

This thread is for reporting bugs on Linux.

This thread is for reporting bugs that appear on the Windows platform.

You can now also use Linux and Windows as a thread prefix.

Played beta now first time, and once played alpha, so a complete newbie to the game.

My first impressions are, well a lot to learn to play properly: How does one pick up objects lying around?

Also figured it's a lot easier and faster to move around by mouse clicking than with keyboard.

Graphical enhancement to the game the would be nice, which I did notice to be in development plans.

Good job though, did get me interested into such an old title. Feels like going to the roots in gaming so classic.

Samuli Aalto said:
My first impressions are, well a lot to learn to play properly: How does one pick up objects lying around?
Click to expand...

It's using comma ','. It is mentioned in our Starting Guide for Beginners, in the item section: 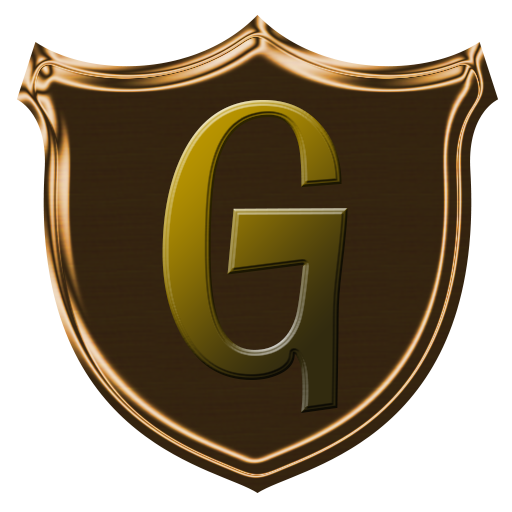 Rogue-like game based on NetHack. Contribute to hyvanmielenpelit/GnollHack development by creating an account on GitHub.

Hi everyone. Not a bug report I'm just posting an experience here.

I would say, the game plays very very well! I currently have my best run ever (even compared to other variants or nethack itself) level 11 Gnollish Caveman Neutral Male. AC -5 or 6 I think.

First artifact gift was Vorpal (awesome) which I had fun with. I don't remember if the flail I started with was +3 but anyhow it is a +3 rusted flail which we twoweaponed with Vorpal for a while. I need to go back and read gnollhack documentation because twoweapon feels a little unusual. Switching with x works quite well as long as you don't have a shield in the mix - it can get a little weird, but I think this is probably because a shield is "worn" with a hand, not actually strapped to the character. Having shields be worn like armor made me think of them as strapped to my character's back or chest but it makes total sense now that I think it over.

#enhance with twoweapon is a little confusing. AFAIK in stock nethack when you twoweapon you aren't training either weapon, but rather the twoweapon skill. However, I did in fact gain XP while twoweapon in swords, but not flail - what? maybe it's based on which item is in which hand. not sure. also, I don't see a twoweapon skill on the #enhance screen, yet other messages in the game say that I'm unskilled with twoweapon and I have a to-hit penalty of -6 to -3.

So anyhow down to the mines. caveman/gnoll being a rather poor spellcaster meant that charm monster had a 100% fail until higher levels, and gnolls make sucky pets. they are slow and don't follow very well even with a leash (and I was very relieved to see I could leash an intelligent pet unlike nethack.) of course my starting pet had long been dead by then. pets have been a very challenging part of this run because I am leveling up far too fast and I'm no longer carried by Vorpal, an artifact is basically necessary now.

I was also able to fire-enchant vorpal and the flail for some extra damage but I'm not finding enough sulphur to keep the enchant around.

after mines/minetown we sacrificed and got Cleaver. off of pure damage I didn't see an advantage to switching, it's a twohanded weapon so no twoweapon. However I did not realize 3.6.1 added an arc attack which it seems was pulled into Gnollhack's code also. Awesome! I feel bad for new players who are going to find out they can kill their pet with it...

Eventually I had 6-7 potions which I converted to holy water so Cleaver is now blessed. I dunked several scrolls of identify and I only had to read two for the whole-inventory-identify to happen.

That's the latest. I'm at a standstill right now because the item generation is very sporadic and RNG is either your friend or your worst enemy. I have not seen as many shops as I feel that I do in nethack, and no item theft with pets anyway, so. the gardens are nice! next I suppose I'll complete sokoban which should be safe enough to do. I'm going to need better armor or more scrolls or a magic marker or a wand of wishing because this armor won't cut it forever.

Thanks for reading! I have a bug/weird thing to report/ask which I'll put in the other thread. Thanks to everyone who's working on and contributed to this hack.
J

Staff member
Hi Rahn, thanks for the report. I'm happy you are enjoying the game. I will look into the two-weapon skill training. I think the correct behavior should be to train the two-weapon fighting skill AND both weapon skills, but I cannot recall from the top of my head what the behavior in the game is, since I don't think we touched that part of the game really. As to shops, there should be more of them on early levels (at least one almost surely), but overall they are pretty random on lower levels, so it may be very much up to chance how many of them you see both in NetHack and GnollHack. There should not be a big difference overall. In any case, thanks very much for the detailed report. We are committed to make the game even better going forward.
J

Staff member
Dear all, please note that we are organizing a GnollHack beta tournament starting tomorrow, 1 April. There is a $200 prize pool for ascensions. We also recently published the 4.0.22 version, which is being played at the tournament.
You must log in or register to reply here.
Share:
Facebook Twitter Reddit Pinterest Tumblr WhatsApp Email Link
Top